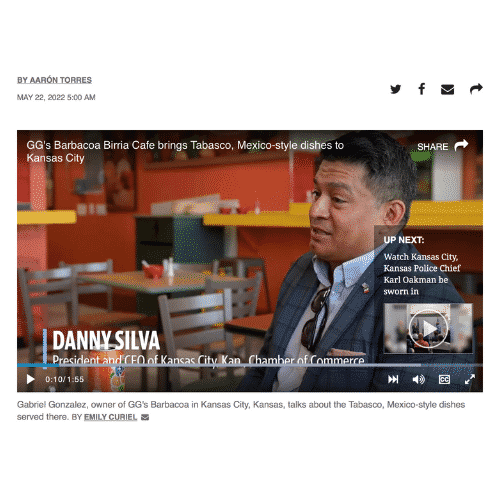 I tapped Danny Silva, the president and CEO of the KCK Chamber of Commerce to help identify and tag along to three places: GG’s Barbacoa Cafe, Micheladas Culiacán and El Pollo Rey. Silva has lived in the area for seven years. Originally from Chicago, Silva’s father is from Mexico and his mother is from Guatemala. He grew up in predominantly Hispanic neighborhoods in Chicago and went to school at the University of Missouri-Kansas City.

In his current role, which he’s held for six years, he often ventures out into the community, whether it be for lunch meetings or simply opportunities to introduce people to the food and culture in KCK.

“Food is such an important part of culture,” Silva said. “And so it’s awesome for folks to be able to have the same types of food they would have had, whether it’s in Guatemala or Mexico or Puerto Rico.

“I think it’s always a good connection to our community, to be able to sample foods our moms made, or restaurants that we went to when we were little.” 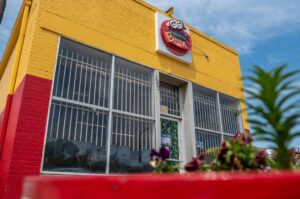 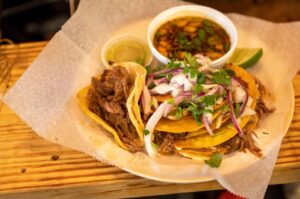 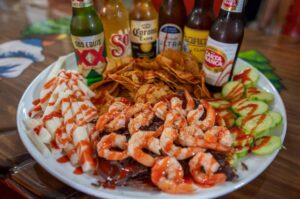 A platter of fruit, shrimp, beef jerky and chips is served with a variety of beers at Micheladas Culiacán. Owner Jenny Barraza opened this restaurant in hopes of bringing to KCK an element of Culiacan in Mexico, where she’s from. Emily Curiel ecuriel@kcstar.com 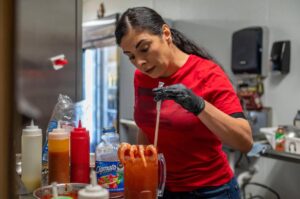 Jenny Barraza, co-owner of Micheladas Culiacán, prepares the restaurant’s signature michelada drink. She loads them with shrimp, curling around the rim of the glass, and beef jerky. Emily Curiel ecuriel@kcstar.com 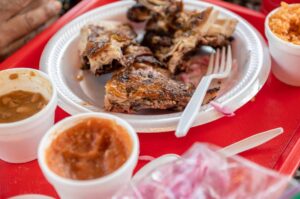 On the menu at El Pollo Rey: a pollo medio platter with beans and rice. Emily Curiel ecuriel@kcstar.com 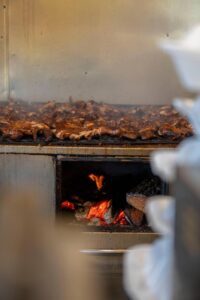 Whole chickens are grilled over high heat at El Pollo Rey. The wood smoke supplies the flavor. “What attracts people is that you walk in and you see the grill, you see the wood, you see the flames and they are cooking right in front of you,” said Edna Quintana, whose family owns the restaurant. Emily Curiel ecuriel@kcstar.com

An amazing evening #supportinglocal at Manor Records with Making Movies and their non-profit Art As Mentorship. The KCK Chamber is proud to bring business professionals together to highlight the incredible, unique, and innovative individuals that make such an impact...